A Night on the Mountain

Again during one of my socialisations with expat friends I happen to know about a exciting plan...to trek up a mountain and spend the night on top! I was game since the moment I overheard about it.

So as planned I reached at 9 near World Cup Stadium in Daejon, from where we going to start. It turned out that many people had dropped out and only three of us were remaining. A total random group! Kayla whom I had met the same day, Susan whom I had met a couple of times before and me. It was actually Susan's idea as she had been there before but during the day she felt it would be awesome to be there at night. So the journey began..it was not going to be a long hike..just around 15-20 mins of climb..but we took a small detour to see a temple which was also on the same mountain. But it was too late and it was closed. So we headed towards our destination..a flat rock face where we were going to camp out on the night. 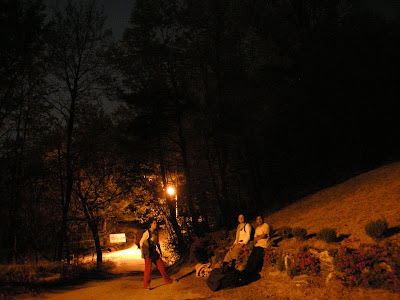 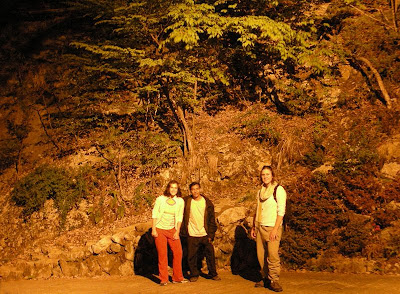 It was a amazing view from the top...
[the blue lights are luminaries on the world cup stadium] 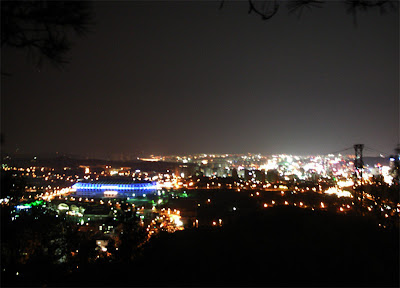 We just sat there..enjoying the gentle breeze and the moonlight. We all felt that it was a lot better way of having a good time than spending the night at a bar. :) 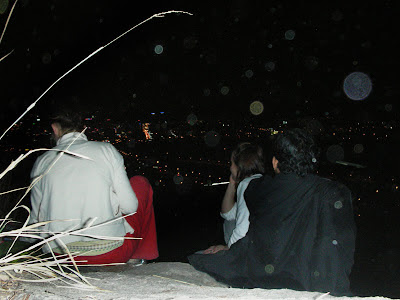 Though it was a short journey, there were some titillating moments...like the change in my pajama's pocket getting stuck in the bottom of my pajama and making clinking sound all the way till we reached up, and Kayla's bedding rolling off the slope, we getting to fetch it and finding her cell phone inside which again after reaching on top slipped on the slope! But after that we pretty much got to talking..everything from professional lives..to personal opinions to cultural differences! And also seeing a couple of Russell Peters' talk shows to laugh our asses off. It was really a marvelous experience with the Wine being the cherry on top! 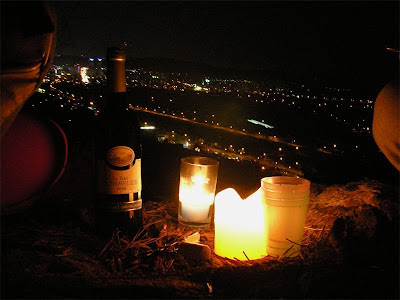 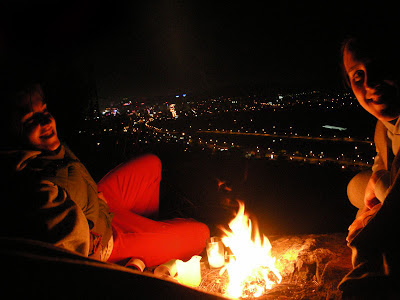 We slept off after a while..but my place had a real steep slope and I kept on slipping down the slope. It was really difficult to find a better place in the dark but I managed to create obstructions so that I won't slip. But I was so ahead of myself that in my dreams I was already narrating the experiences to my friends only to be awaken from the sleep by my slip and realise that I am still on the mountain! 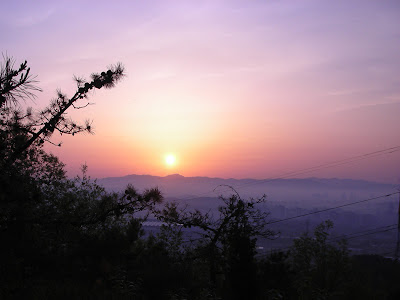 But the sight of the rising sun made all the trouble worthwhile. It was really an indescribable experience to wake up on a Sunday morning along with the sun.. 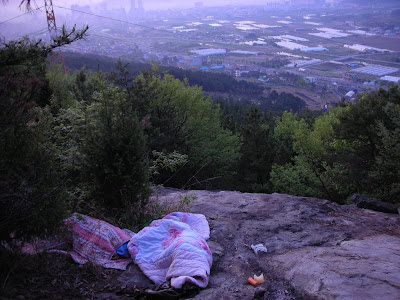 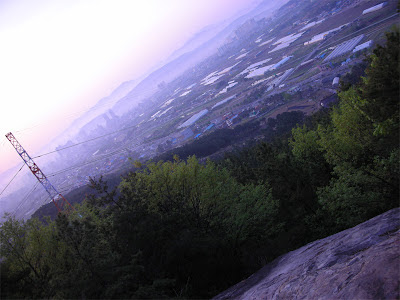 We packed up and headed back feeling really fresh! I don't remember the last time I felt like that after a incomplete sleep.. :P 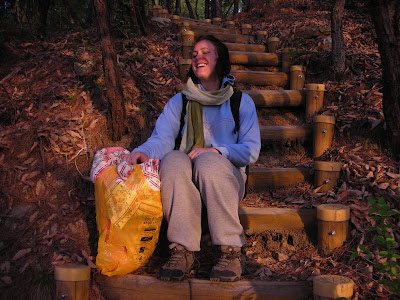 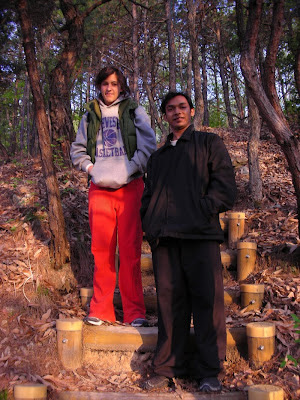 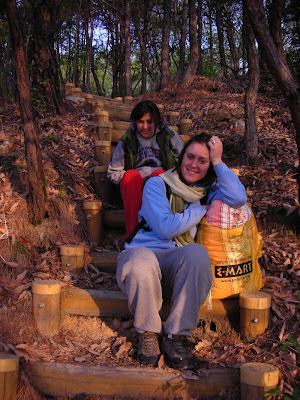 After a refreshing night we felt that it was not just a beginning of a great day..but for me it was an amazing beginning to my last week in Korea! Thanks Susan & Kayla for a wonderful experience!

Posted by parththefirst at 2:32 AM 4 comments: